Let’s set the stage. Miles Fisher stars as Chad Whipple, a 20-something burnout who owns and operates a sports show from his mom’s basement. The location is somewhere in the DC area and Whipple certainly has an innate grasp of the area’s sports culture. Read More… 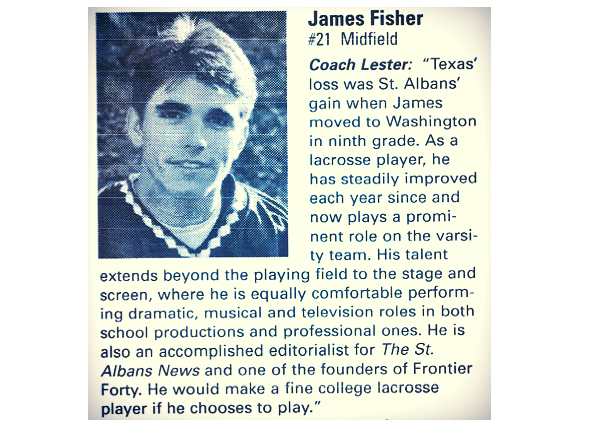 Let’s set the stage. Miles Fisher stars as Chad Whipple, a 20-something burnout who owns and operates a sports show from his mom’s basement. The location is somewhere in the DC area and Whipple certainly has an innate grasp of the area’s sports culture. Episode 1, which is titled Chad Hails the Redskins, captures every nuance of a DC laxrat.

Whipple embraces the hoarding nature of a laxrat. As you can tell by looking at his wall decor, Whipple is Basquiat-esque in his contemporary musings, i.e. keys at the 1:22 mark. Moreover, like the typical DC lacrosse player (probably from the IAC), everyone wants to win, but avoid getting dirty. Exhibit A: napkin grab.

As a mid-to-late-twenties burnout, Whipple doesn’t have time to discuss the RAYvens, nor newly acquired obsessions by younger folk. In an uber politically saturated city as DC, it’s not uncommon to bask in the glory days of drinking beers from a can and talking about the way we were in a dingy hole of a basement. But, it wasn’t any ordinary hole, it was a foreground of firsts. First cold one, first puff-puff-pass, first butt-grab, ad infinitum.

Well, I majored in Creative Writing at Delaware…

Lacrosse players of my generation just wanted to lax. No one (the majority) took an interest in what a major was whilst getting recruited by schools. The rhythm of things usually included figuring out whose parents were gonna be out of town this weekend. The 4:50 mark rings true.

Chad Whipple kicks off the dankest sports web series talk show of all time with a visit from amateur lax legend and Redskins expert Brooks Lavender.

Subscribe to LOUD for more Bad Sports! Look forward to new episodes every Wednesday throughout the Summer.

2013 MLL All Star Game Highlights
Lacrosse Fight: Where and When Did This Happen
wpDiscuz
0
0
Would love your thoughts, please comment.x
()
x
| Reply