CHARLOTTE, N.C. (December 7, 2011) – The Charlotte Hounds have acquired the 2011 MLL Rookie of the Year, Jeremy Boltus, with their first pick (#2 overall) in the 2012 MLL Expansion Draft. Selected with the Hamilton Nationals’ eighth round pick in the 2011 MLL Collegiate Draft, the former United States Military Academy attackman was the Nationals’ leading goal scorer with 19 goals and contributed 11 assists, which ranked third on the team. Read More… 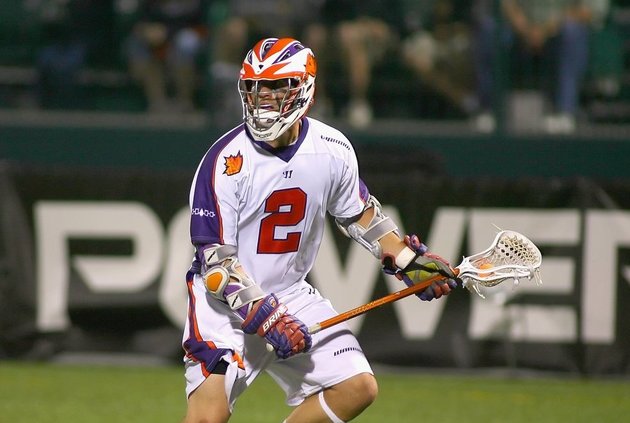 Selected with the Hamilton Nationals’ eighth round pick in the 2011 MLL Collegiate Draft, the former United States Military Academy attackman was the Nationals’ leading goal scorer with 19 goals and contributed 11 assists, which ranked third on the team. Boltus tallied a point in all 12 games while scoring a goal in seven straight games on his way to becoming the Nationals’ second- leading scorer with 30 points, which led all MLL rookies.

Boltus earned Cascade MLL Rookie of the Week honors twice in 2011, in addition to being named MLL Offensive Player of the Week on June 27 after leading the Nationals to a pair of wins over the Rochester Rattlers. He was named 2011 Cascade MLL Rookie of the Year on August 17 and recently received a 2011 Laxie Award for Breakthrough Player of the Year by Inside Lacrosse.

“It’s humbling knowing that the Charlotte Hounds see me as part of the foundation of the organization,” said Boltus. “I am also thrilled to be playing alongside a dynamic player like Billy Bitter and also getting a chance to reunite and play with Ryan Flanagan as it didn’t work out last season when we were both picked to play for Hamilton. The core group of guys already in Charlotte will give the fans a lot to cheer about this upcoming season.”