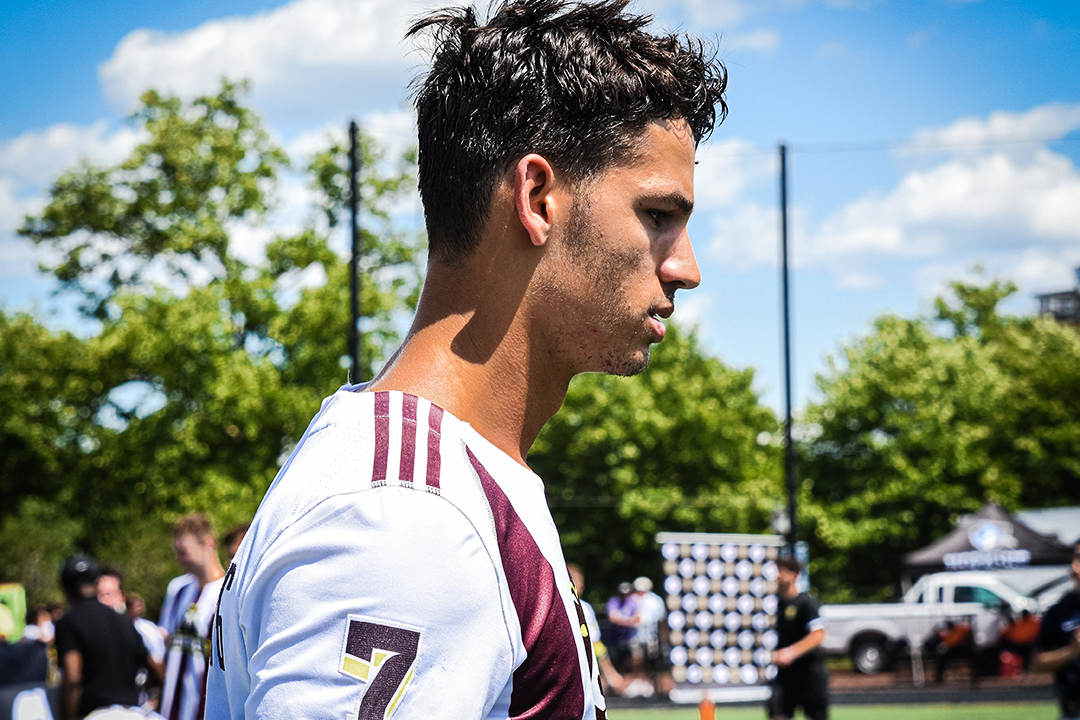 When Jules Heningburg got a call the morning of June 17 and saw the phone light up with Whipsnakes Head Coach Jim Stagnitta’s name, he knew one of two things: Either he wasn’t making the active roster that week, or he was being traded.

Heningburg thought he had a good game two days earlier, so he assumed the call was the latter. He picked up the phone and got an uneasy feeling in his stomach. He was right. He was being traded to the Redwoods.

It was a notable trade for a few reasons. First, it was the first trade in Premier Lacrosse League history. In fact, many fans were caught off guard because they weren’t even aware of the trade window. But another reason is that Heningburg is not normally a player a team would want to give up. Just a year removed from a Second-Team All-American performance while at Rutgers, Heningburg had contributed 3 goals and 2 assists to the Whipsnakes, good enough for 4th in points on the team.

It soon became clear this trade was also about giving Heningburg an opportunity to be the number one guy on a team.

Heningburg said that Stagnitta explained on the call that he wanted to put Heningburg in the best position possible for his career, and felt this trade would help do that. And in a post-game interview with RJ Kaminski, Stagnitta noted that “I’m going to be perfectly candid with you, he had an opportunity to be a number 1 guy.”

“I think it speaks to the character of our sport.” said Heningburg. “They want what’s best for the players at the end of the day because we’re a smaller sport and we’re still growing. So they want to just give you the ample opportunity to be your best self and reach your full potential. You never know how long you have in this game, and like I said it’s a very high character game.”

“I was just happy that folks have acknowledged I’m the type of player that has that potential to do something big in the sport, Heningburg continued. “Which is really awesome because all I’ve ever wanted was for coaches to believe in me and I think when I have coaches that do believe in me, I prove to them that I can play at the highest level.”

The trade was a long time coming. Redwoods Coach Nat St. Laurent, who was previously the defensive coordinator for Major League Lacrosse’s Ohio Machine, said Ohio was looking at Heningburg coming out of college as a potential draft pick. And when the Redwoods roster was released earlier this year, Heningburg again came to mind. He seemed like he could be a missing piece to the puzzle, a sentiment reinforced as the team scrimmaged against the Whipsnakes in training camp.

“I think he’s tough [to guard] because he’s so smart,” said St. Laurent. “He’s always in the right spot at the right time. He can carry, sees the ball really well, and then obviously he’s proven this year that he can finish. He’s really, in my opinion, a complete player.”

A team guy, Heningburg would have been fine in whatever role he played for the Whipsnakes. He developed good friendships off the field, like with Whipsnakes attackman Ryan Drenner, who Heningburg stayed with last weekend in Baltimore and is one of Heningburg’s best friends. And he felt his character and work ethic fit in well with the Whipsnakes, which contains a large amount of Maryland alumni, who he played against for years in college.

“I really developed some good relationships with those guys,” said Heningburg. “I’d never beaten Maryland before in my entire life, and then to be on the other side and see how they operate and see how I operated my entire college career and my career now — just doing the right thing and being a professional about everything — all those guys act that way and I think they saw that I had a lot of potential to be a high level player, that I carry myself well and I was a team first guy. So we kind of clicked right away and I felt at home there. I developed some great relationships and it was tough for them to see me go and a lot of them didn’t want to see me go.”

Although it’s tough to leave a team you’ve bonded with, it isn’t like Heningburg stepped into a situation with a bunch of strangers. He was roommates with Redwoods teammate Garrett Epple while living in in San Diego and teammates with Epple, Nick Ossello and Joe Walters while on the National Lacrosse League’s San Diego Seals. Others on the team have been admirers of Heningburg’s game for a while, like Redwoods teammate Kyle Harrison.

“I’ve been a Jules Heningburg fan since I watched him play against Hopkins a couple of years ago and watched him dominate the game,” said Harrison. “I remember thinking he’s obviously the best player on his team, but he’s not ball-dominant, right? He was going to leave the game 4(g) and 5(a) or 5(g) and 3(a), whatever his stat line will be, but he wasn’t a guy that just had the rock in his stick the entire time. He can beat you off a dodge, he can move off ball, he can obviously step into something In transition. He has all the different skill sets to score, and in fact he impacts the offense in a bunch of different ways.”

As soon as Heningburg got the news, he started to prepare for the transition. He rehabbed with new teammate Joe Walters in California, who he already texted a good amount after they became friends on the Seals. Heningburg credits Walters for taking him under his wing on the Seals helping him learn the ropes of box lacrosse.

Heading into the first game on the Redwoods Heningburg made some adjustments. He flew in a day earlier to get his body better acclimated to East Coast time. Heningburg said that in practice he focused on just getting comfortable with the team.

“They made me feel part of the team, there was no really any kind of gray period there,” said Heningburg. “It was right away: Jules is part of the team now, this is what he’s going to bring to the table, let’s go out and show the rest of the league what we can do on Saturday.”

And that’s just what happened. Heningburg made an immediate impact, getting his first point with the redwoods just 7 seconds into the game, an assist to Clarke Petterson.

“I got that first assist, got the monkey off my back, and then from there things just started to roll for me,” said Heningburg.

Did they ever. A few minutes later Heningburg got a second assist. Then a few minutes later his first goal. He finished the game with 5 goals and 3 assists. The 8 points is a league best for points in a single game.

“If you watch how he scored last weekend and you watch how you controlled the offense, none of it was forced,” said Harrison. “He wasn’t pressing. You’ve got a couple in transition, got a couple going off the dribble and nobody slid and he turned the corner, took a hit and finished it. He got a couple of sneaking from the backside after a dodge, Kavanagh skipped one to him. He one-timed it. So he’s a guy that can just do so much and he really does add just a whole different element to our offense.”

With one game under his belt, Heningburg now turns to a familiar opponent: his former team, the Whipsnakes. He said it’s a little weird playing for a different team now, but come game time it is all business.

“I have a lot of respect for them. I know what they bring to the table. But when it comes time to strap on the pads, all I want to do is win” said Heningburg. “So I’m not really too concerned about who is on the other side of the ball during the game and after the game we can be friends again.”

One. Two. Three.
Resilient: How COVID complications and a focus on holistic health prepared Jules Heningburg for a 2021 comeback
wpDiscuz