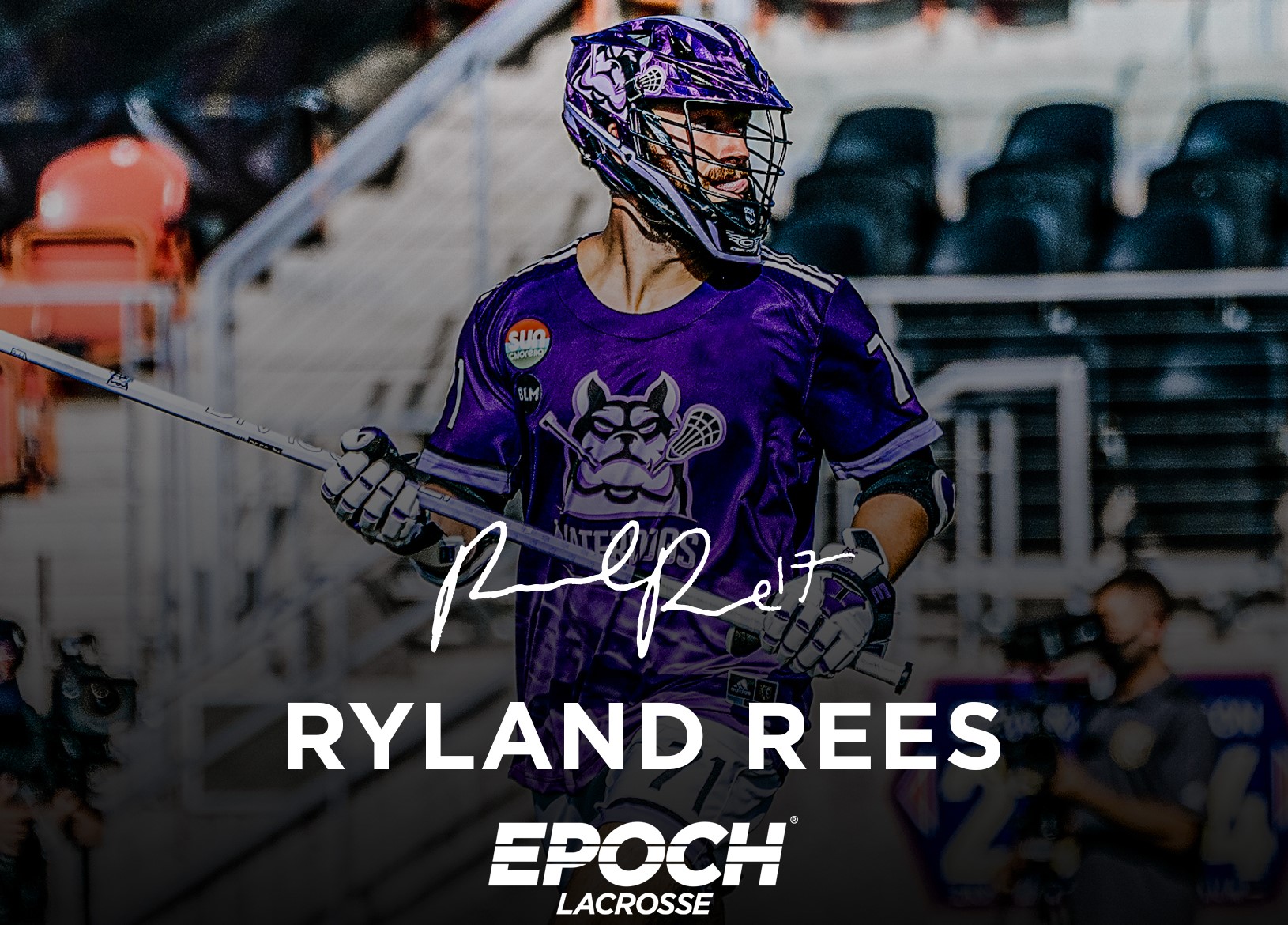 Rochester Knighthawks transition player and Waterdogs LC LSM Ryland Rees is the latest pro to announce he has signed with Epoch Lacrosse. The Minneapolis-based lacrosse company announced on Thursday that Rees will use Epoch gear and products when the Waterdogs return to the field this summer and Knighthawks take the floor in December.

“I am extremely excited to be joining the Epoch family of athletes for the 2021 PLL Season and the 2021 NLL Season as well,” Rees said. “Not only is their technology unmatched, but they are also a company that has proven itself to be a progressive ambassador of the sport for both box and field lacrosse.”

The new partnership includes an agreement where Epoch will provide gear for Rees for the upcoming 2021 PLL and NLL Season. For the 2021 PLL Season, Rees will be playing with an Epoch Dragonfly Elite carbon fiber shaft and the iD Vision head. He will also be protected by Epoch’s innovative Integra Elite protective gear, including new custom Integra Elite Gloves. For the 2021 NLL Season, Rees will be playing with the Epoch Dragonfly Integra X carbon fiber shaft, the Z-One head and Epoch’s industry leading Integra X Protective Gear.

“We are excited to welcome Ryland to the Epoch Lacrosse family. His impressive career at Stony Brook, as well as his success at the professional level, drew our attention and highlighted him as an athlete that we knew we wanted to work with,” Ryan Hurley, Director of Sales at Epoch Lacrosse, said. “Having an up-and-coming LSM like Ryland as an Epoch athlete opens up a ton of opportunities for us to evolve and grow together. We’re looking forward immensely to the future with him.”

Rees, a British Columbia native, attended Terry Fox Secondary School where he first started his lacrosse career as the youngest member of U19 Team British Columbia. When Rees went on to play at Stony Brook, he was named the America East Defensive Player of the Year and earned first team All-America East honors. Rees initially operated as an LSM at the 2020 PLL Championship Series and featured in all of Waterdogs’ five games. Rees finished the 2020 PLL Championship tournament Series with six caused turnovers and sixteen ground balls.

Rees was also selected by the Rochester Knighthawks in the first round (second overall) of the 2019 NLL Entry Draft and signed a two-year deal with Rochester on October 7, 2019. He went on to record 11 points, 11 caused turnovers and 75 loose balls in a shortened rookie season. Internationally, Rees played for Team Canada at 2018 World Field Lacrosse Championship and won a silver medal.

Hear more from Ryland Rees on the latest episode of the Pro Lacrosse Talk Podcast.

On this episode of the Pro Lacrosse Talk Podcast, Adam Moore and Hutton Jackson are joined by Albany FireWolves forward Ryan Benesch. He discusses his trade to the Albany FireWolves, scoring two goals in his Albany debut, helping to build the Panther City culture in their first season and chasing an NLL championship. He also discusses recently becoming a father, his favorite NLL arena to play at, and where the FireWolves trade ranks compared to past trades.