DETROIT — The Titans’ women’s lacrosse team is a week away from its first practice of the season, but it already made its first decision as senior Emily Boissonneault (Brooklin, ON/Donald A. Wilson Secondary) will serve as team captain in 2012, announced head coach Laura Maness. Read More… 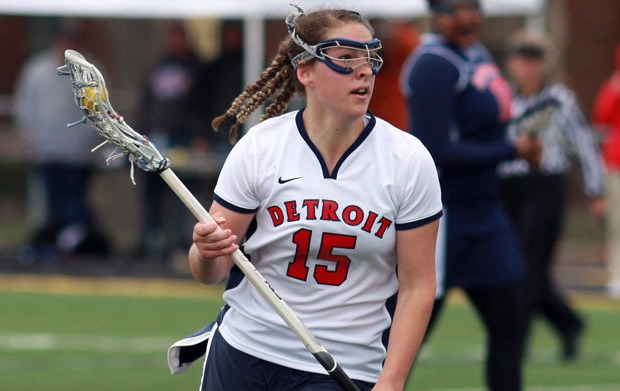 DETROIT — The Titans’ women’s lacrosse team is a week away from its first practice of the season, but it already made its first decision as senior Emily Boissonneault (Brooklin, ON/Donald A. Wilson Secondary) will serve as team captain in 2012, announced head coach Laura Maness.

“Emily’s ability to direct her ambition and passion towards the success of the team will lift everybody to compete and work harder,” said Maness. “We will be looking for her senior leadership this spring, both on and off the field, to lead this team to our most successful season in school history.”

It is the second time in her Titan career that she has been asked to serve as captain, taking the responsibilities as a sophomore in 2010.

“It’s a big honor,” said Boissonneault. “Leadership comes from everyone on this team and it is really an honor to help lead that.”

A three-time National Lacrosse Conference All-League selection, including NLC Attack MVP honors as a rookie, Boissonneault has led the Titans in goals and points in all three years of the Detroit program. She posted a career-high 68 goals and 83 points as a sophomore as well as 57 markers in her freshman year and 63 last season.

She has tallied 188 goals and 208 points in her first three years, an average of 3.6 goals per game. Another Boissonneault -like campaign could see the Titan in the NCAA records books as right now 20th-place on the all-time goals list is held by Jen Smith of Lafayette (1986-89) with 220.

“I want to savor every moment I have. To say this is my last year really hits home,” added Boissonneault.

The midfielder has not only done the job offensively, but in every facet as she has led the team in caused turnovers in each of her three seasons with 119 so far in her career. She has also recorded 156 ground balls – including a team-high 56 last season – and 98 draw controls.

She has been a member of the Detroit Athletic Director’s Honor Roll for three-straight years and was selected to participate in the NCAA Student-Athlete Leadership Forum last November.

The Titans begin their preseason training next week with their season opener set for Feb. 26 at Florida. The Gators finished the 2011 season at 16-4 and ranked No. 5 in the Intercollegiate Women’s Lacrosse Coaches Association’s (IWLCA) Final Poll.