The Canadian Lacrosse Association announced on Friday that Canisius College men’s lacrosse head coach Randy Mearns will serve as the head coach for the Canadian National Team. Mearns will guide the team at the 2014 FIL (Federation of International Lacrosse) World Championship in Denver, Colo. Read More… 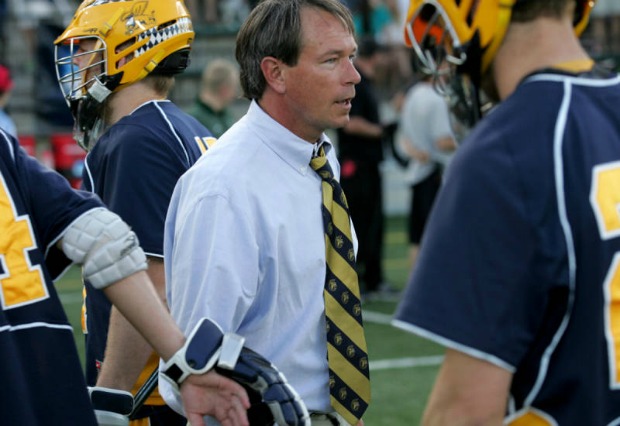 The Canadian Lacrosse Association announced on Friday that Canisius College men’s lacrosse head coach Randy Mearns will serve as the head coach for the Canadian National Team. Mearns will guide the team at the 2014 FIL (Federation of International Lacrosse) World Championship in Denver, Colo.

“I am very excited and humbled with this opportunity,” Mearns said. “It is a tremendous honor to be a part of Team Canada Lacrosse. With just over two years to go until the worlds, time will move fast but we will be ready. I am eager to get started. I look forward to working with Team Canada and the amazing athletes that will be a part of the team, through this amazing gold-medal journey.”

Mearns has served as the assistant coach for Canada in each of the past two World Championships. He helped lead the team to the gold medal during the 2006 tournament, while earning a silver medal in 2010. Mearns and the 2006 team were inducted into the Canadian Lacrosse Hall of Fame in 2007 after earning the country’s first title in 28 years.

“Randy is no stranger to high performance sport,” said Canadian Lacrosse Association Vice President of International Competition Stewart Begg. “We are pleased to have him be a part of the national team program once again. Both as a player and coach, Randy has shown his passion for the sport truly can lead to great things. It is only fitting that his return to Team Canada be as head coach – he has served us well as assistant coach in the past and we are confident that now is the time for him to take the reigns and lead the 2014 national team to gold.”

The St. Catharines, Ontario native finished his 14th season leading the Canisius College men’s lacrosse team in 2012, guiding the Griffs to their second MAAC Championship and second NCAA Tournament appearance in the program’s history. The Griffs, who also won the conference title in 2008 under Mearns’ watch, finished the 2012 campaign with consecutive wins to qualify for the MAAC Tournament before upsetting second-seeded Detroit and top-seeded Siena for the conference title.

During his tenure in charge of the Canisius program, Mearns has mentored nine players that have played in the National Lacrosse League, including six first-round draft picks. In 2011, Canisius was the only school in the country with two first-round selections.

Overall, Mearns has led the Griffs to 77 victories and 60 conference wins during his career, while mentoring 26 all-conference performers.